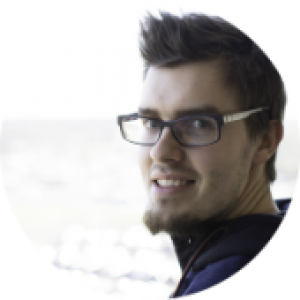 It’s been a while since Microsoft sent out the word that they would be upgrading all windows 7 and 8 devices for free to Windows 10, it would bring back some much wanted features like the start menu, but is it really worth upgrading already? Or should you just stick to Windows 8.1?
The short answer I can already tell you… yes it is worth it but it is not without any risks depending on what device you do it.

The upgrading procedure is one of the easiest and best experiences I have had in the history of Windows. Its almost as if you are installing a really big update (or a service pack if you remember those).

It will either appear as a notification in Windows, be available through Windows Update or simply install it by going to the Windows 10 website through an application. Once the install has been downloaded a wizard opens. And with simple “next” clicks with one dialog asking if you want a clean install or keep what you have.
If you decide to keep what you have, everything will remain the same and the files and software you have will be at your disposal after the install.

Your PC will restart a few times and after it is done, generally taking about an hour or so, you can keep on doing what you were doing.

But that is where my first run ins have happened with Windows, the upgrading of existing Windows installation have caused me some serious issues with drivers not updating correctly or software acting weird causing blue-screens. Generally it was just easier to solve them by reinstalling a clean Windows and letting the drivers install from scratch rather than trying to fix it manually.

I do realize that that just isn’t an option for everyone, I am someone that keeps all files in the cloud including mailing contacts and mails. If I format my computer, I generally don’t lose anything even if I don’t backup my “Documents” folder. So in my book this is still a big issue with upgrading windows.

The second thing that I figured out after upgrading different devices is that not all drivers are ready yet, manufacturers will say that their device is upgrade-able. But that does not mean that all hardware will function fully after. On most devices this has run perfectly, but the device I am writing this blog post on was not one of them.
Currently only one of the camera’s on my Toshiba Satellite Click Mini works, the other just doesn’t seem to have a driver yet. This is luckily not a big issue for me since its the camera on the back which I don’t really need, but if it was the front camera it would have made video chats quite hard for me!

This is one of the things about Windows 10 I can not complain about. Compatibility with apps is great, I have not run into a single issue or non-compatible app yet. Which is a great plus in my book. The ability to install tablet and desktop apps on one device is very nice!

I have recently bought myself a 2-in-1 device which I mentioned earlier. The Toshiba Click Mini which comes with a detachable keyboard. I find it to be one of the best tablet experiences yet for the price of 250€. I can use it as a small laptop in the couch and instantly detach the keyboard to create the tablet experience.
Windows detects that I either attach or remove the keyboard and asks if I want to switch from desktop to tablet mode or visa versa.
I almost always use tablet mode even if the keyboard is attached because the interface is a lot more touch friendly, and I hardly have a mouse connected to the USB port.
Since Windows 10 can run all applications, including the normal “executables”. You can install everything you want on your tablet, not everyone will need this. But having a full Office Professional Plus installed on your tablet does come with advantages, rather than a minimized office application like on Android or iOS.

The battery life however could be better, compared to Android or IOS tablets the battery will not last as long. Windows 10 seems to consume a lot more in “sleep” mode than the other operating systems. It will still last you a day or 2. But not the 3-4 days I was getting on my Android tablet.
I do have an extra battery inside my detachable keyboard, but I shouldn’t have to keep it attached all the time…
All in all I can’t really complain since it is a free full upgrade of an existing OS that you would otherwise only get by buying a new device or buying the OS. Especially since they now offer lifetime free upgrades for the devices that run Windows 10.
But with technology moving so fast right now I don’t see myself keeping a device for that amount of time, most of them will probably crash and burn before I do!
51.162574.99084